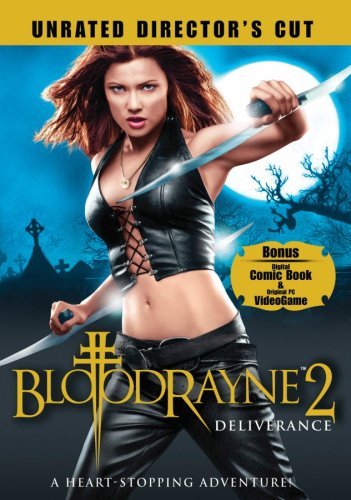 It's a hundred years later, and the dhampir Rayne has arrived in the town of Deliverance, Montana where a group of vampire cowboys have emerged. Led by Billy the Kid, hell-bent on creating his own kingdom, he slaughters townspeople and rounds up children. He spares the life of Chicago Chronicle reporter Newton Pyles. Rayne aligns herself with Pat Garret, a member of the long-thought-dead Brimstone society, a dishonest preacher, and a lowlife named Franson, to stop Billy the Kid and show the world how the West was really won.