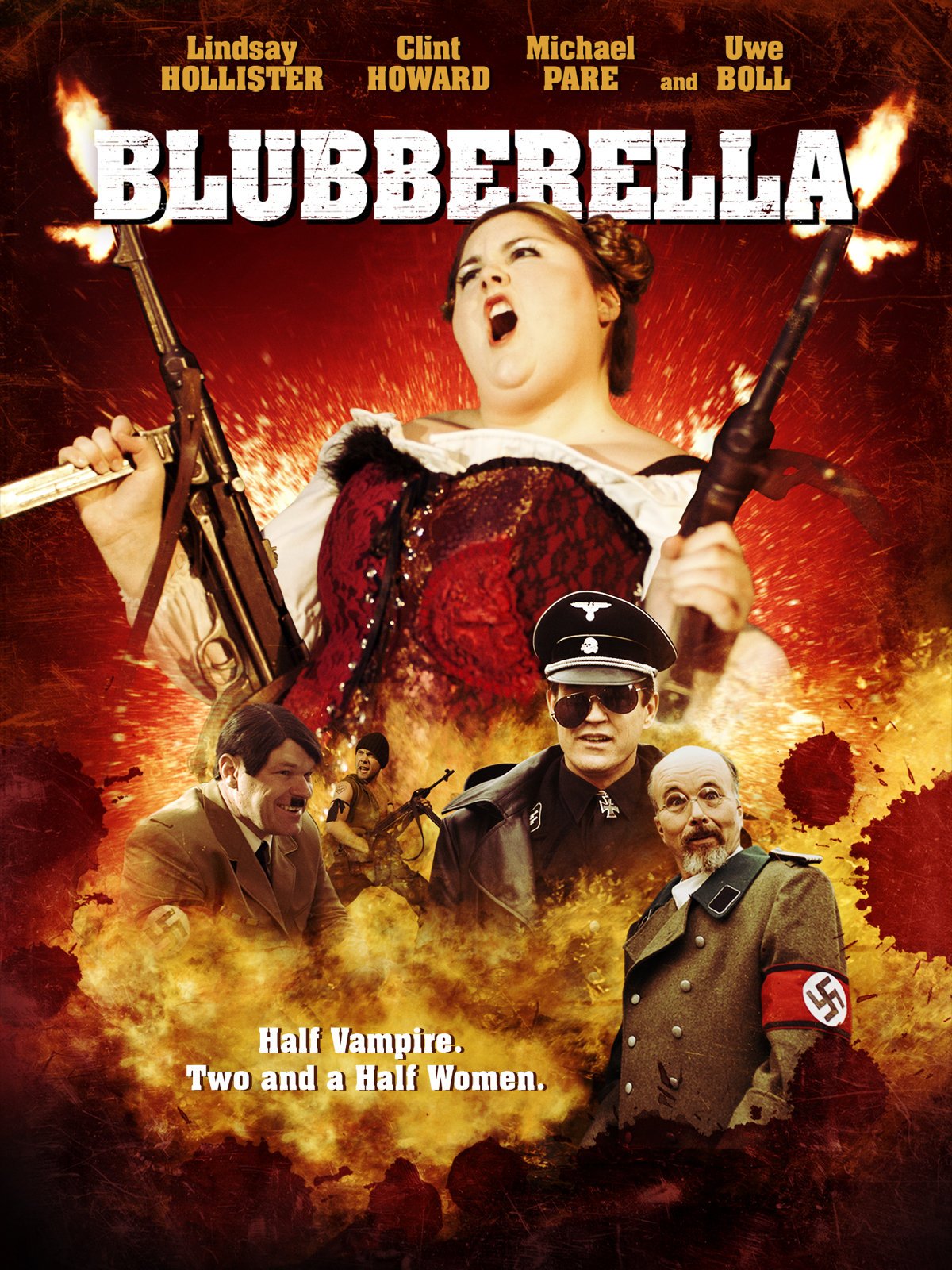 It's 1940 and the German army is oozing their ickiness across the European continent, indiscriminately slaughtering thousands. On the Eastern Front, a motley group of Resistance Fighters, led by Nathaniel (Brendan Fletcher) and "Vadge" (Willam Belli), struggle valiantly against the Nazi scourge. The German army, headed by the Commandant (Michael Paré), shadow puppet master, a mad, showtunes-singing Doctor (Clint Howard), and the newly-addicted-to-blood Lieutenant (Steffen Mennekes), threatens to eradicate the Resistance. But coming to the rescue is Blubberella. Half vampire, half woman, and all trouble, Blubberella loves nothing better than killing Nazis and a substantial turkey on rye. She has moved through the centuries destroying nasties and their like while perfecting the ultimate cotton candy recipe. Blubberella and the Commandant face each other in a rail car and after a unseemly exchange of bodily fluids, the Commandant becomes infected by Blubberella and, unknown to her, ...